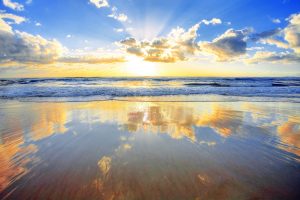 Why Faith Communities Should Get Involved

I was talking with someone who attended the church I pastored. She was a friend (I will call her Mary). Our children went to school together. She was a kind and compassionate person. That’s what led Mary and her family to bring a young boy (I will call him Rick) into their lives through the Big Brother program. The bond was so close with the boy and his mother that eventually Mary’s husband adopted Rick as his son. Rick was already an adult at this point so legally the gesture was largely symbolic. But relationally and emotional, it was powerful.

Rick joined the military and spent time in Iraq during the war. He came home with trauma from what he had seen and experienced. To manage the pain, he eventually found his way to heroin (opiates are easy to find in suburban St. Louis). Before anyone even knew what was happening, Rick was an addict. He sought help. He put in the work. He struggled. He struggled even more. It turned out to be too much for him and in the summer of 2012, he took his own life.

As a friend, I was heartbroken for Mary and her family. As a pastor, I was challenged with caring for a family dealing with the aftermath of addiction and suicide. But was that the extent of my responsibility in engaging this tragedy? I realized that as a community leader in suburban St. Louis, there was more to do.

We obviously have many new challenges in the age of COVID and its effects on our economy. Even still, when we think about churches and faith communities offering aid to those in need, West County needs more than soup kitchens or food pantries. Since 2012, suicide and overdose deaths have only risen in St. Louis County. The introduction of the synthetic opioid Fentanyl (50–100 times as potent as morphine) to the illicit drug market has increased the potency and lethality of drug use. In 2018, St. Louis City and St. Louis County overdose deaths rose 27%.

We need to offer safe relational support with families dealing with addiction (they are in your churches and synagogues whether you are aware of it or not). We need to offer financial support to those going through rehab. We need to raise awareness of the problem in our congregations and find ways to advocate for sensible policies in local government. Lastly, we need to abolish in our minds the implicit and even unconscious judgment of families struggling with substance addiction so we can bring the problem into the light and literally save lives.

If you, your clergy or faith community (church, synagogue, mosque, temple) want to combat this blight upon our neighborhoods, educate yourselves on the issue and contact Alliance for Healthy Communities or PreventEd to learn how you can get involved.

Daryl Madi is a minister, Parkway parent and member of the Alliance for Healthy Communities executive board. Rev. Madi has volunteered to share his perspectives about the role faith communities can have in reducing stigma and strengthening communities.